The Republican Party in America is living on borrowed time.

78 million voters from both parties (give or take a couple million) watched as the Republican Party establishment RINOs spent four years giving lip service and occasional half-hearted support to President Donald Trump as he tried to turn the country around from destruction. 78 million voters watched rallies of tens of thousands turn out in rain, snow, blistering heat to support a President they saw as working for them. 78 million voters voted for him; and watched a crooked cabal steal the election to give office to a Chinese Communist Party puppet.

They then watched lawsuit after lawsuit denied by partisan or disinterested courts, all the way to a SCOTUS whose corrupted and compromised Chief Justice refused to see any evidence, hear any evidence, speak of any evidence. Then came the illegitimate inauguration, and now a SECOND partisan impeachment, winding its way through a Congressional sewer without end.

78 million voters are FURIOUS. Due to the Fake Pandemic, I don’t get out and around much these days; sometimes I’ll wear a mask to blend in, even though no science supports that superstitious behavior as a preventative measure against viruses. But I’ve never had so many total strangers tell me they know the election was stolen, the appeals system rigged and the fix was in before this year. I’ve made a couple casual friends just by agreeing with them. And none seem willing to “unify” behind a liar, cheater, moral reprobate currently in the Oval Office (unless that’s just a movie set, as has been suggested).

But here’s a clue, Republican Party donors, officials, office staff: 78 million people are WATCHING YOU NOW. They are watching to see if you spinelessly strike a bargain with Chuck Schumer (the erection-challenged semi-majority leader). They are watching to see if you learned anything from the wild drop in fundraising donations since the election; learned anything from the rise in Trump’s popularity even after he was evicted from the White House; learned anything from the outrage over the “garaging” of the National Guard last night. Those were the husbands, fathers, sons and brothers, cousins and uncles of those 78 million voters you just disrespected AGAIN. How do you think they will react?

There was a short time when it was realized the dodo birds of Mauritius were endangered; between the time that they were overhunted and the time they actually went extinct. But it was not realized in time to save the dodo. Stupid birds that did not recognize humans as predators they were, but that did not exclude their contribution to the ecology. They died out because they were not protected, and they were too stupid to save themselves.

The modern Republican Party is quite similar. Long in tradition but short in insight, they think they are indispensable because they have lasted this long. The current crop of power-brokers and elected officials think they have a lock on public office, can keep out all outsiders and retain all benefits from power for themselves and their Democratic enablers. But this is a crucial, short period of grace before the storm that Donald Trump wrought is upon them.

If they go through with this madness of impeaching Trump as a private citizen and trying to impose a ban on his holding future public office, they will commit political suicide. Ten dim bulbs in the House went along with the Democratic last-minute putsch, for impenetrable reasons. Liz Cheney already has TWO primary challengers, and it’s safe to assume the other nine are in line for similar treatment.

Here’s the plain and simple truth, Republicans: Liz Cheney cannot elect herself back into office, and once she’s primaried out, it’s really doubtful the betrayed voters of Wyoming will ever vote her back in. THE REST OF YOU SHOULD LOOK AND LEARN. Mitch McConnell is no more permanent than Liz Cheney; nor is any other Senator or Representative. MAYBE YOU SHOULD AVOID GIVING REASONS TO 78 MILLION IRATE, ENERGIZED VOTERS TO VOTE YOU OUT OF OFFICE? 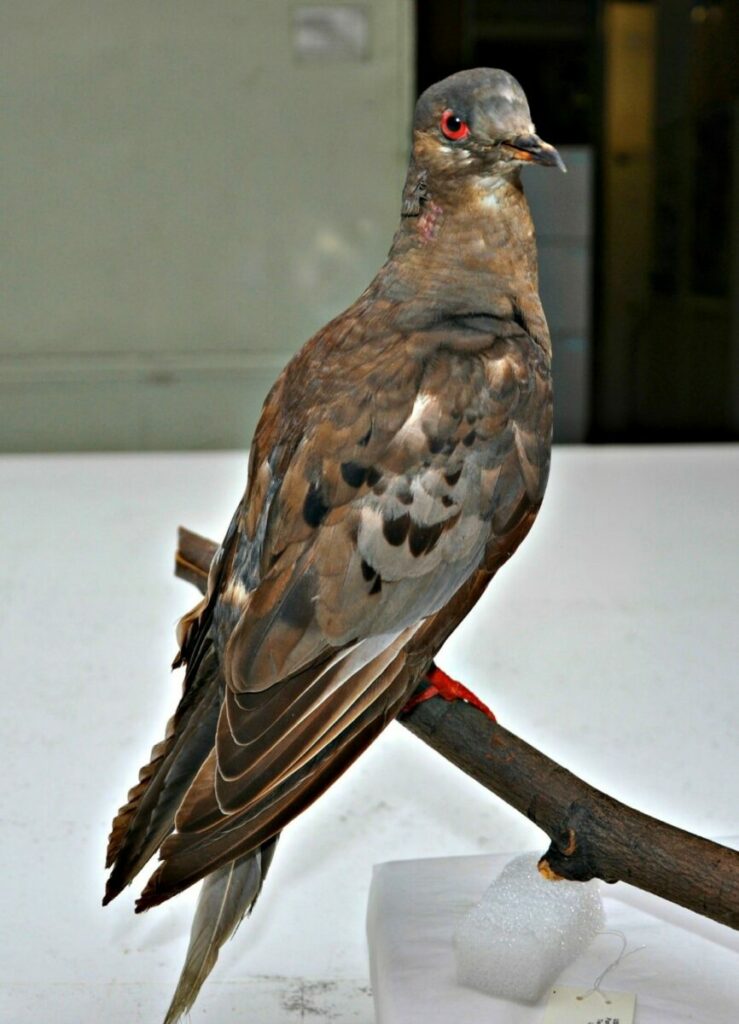 It may already be too late. Martha, above, was the last known passenger pigeon in the world. There were once millions of them, but now they are gone, hunted to extinction like the dodo. Republicans who vote to impeach Trump will become an (electorially) endangered species, also hunted down in elections and eliminated one by one.

It doesn’t matter who your donors are, how much they contribute to your campaigns and how much they stroke your ego. It doesn’t matter how much you like or dislike Trump himself: 78 million people like him, and damn few like you even now (Congress’ approval rating hovers around 15% on good days, and Trump’s is 50% or so right now, so he’s three times as popular with the voters as any of you). Also, despite a Corporate Cartel Perverse Media’s (CCPM) desperation to ignore, suppress and deny that any evidence of election fraud exists, the word has gotten out.

And we don’t believe anything the CCPM say any more, we believe new sources such as (www.HereIsTheEvidence.com), also in numerous places like (www.gtv.com) and the number of them keeps going up (www.theburningplatform.com, www.thegatewaypundit.com, www.oann.com , www.bannonswarroom.com) as more and more evidence surfaces.

So this is your window, Republican Party in America. Either you reform or you will be bypassed. You must come up with better leaders than Mitch McConnell if he helps Schumer impeach Trump again; you have to come up with better candidates than that geriatric globalist Mittens Romney, that oddball opportunist Lindsay Graham or that neoconartist Liz Cheney – or we will. All Donald Trump needs to do is WHISTLE for a new political party, and 78 million voters will desert you overnight – and THAT will be THAT. And you will DESERVE it – far more than the dodo or the passenger pigeon.

Take it to heart and take it to the bank – your goodwill account with the voters is OVERDRAWN, and that’s the only balance that really matters.