Celebrate With Us This Thursday! 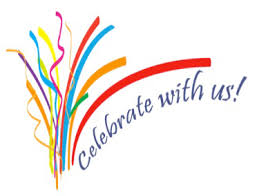 This week has been a hard one but a good one for conservatives causes through hard work grassroots activism.
Perseverance, persistence, and determination at work to restore our Republic, one battle at a time.
(Although the battles more often than not come in groups!)
Please celebrate with us at Tea Time this Thursday at 6PM
at IHOP, 229 Airport Road, Arden.
Look what happened this week ...

As of Thursday, in 24 hours, we went from 91 to 193 signatures. We are at 198 with 20 more to go!  Track the votes live here.
This many votes on a discharge petition in 24 hours has not happened in 22 years!  This is what activism looks like.  We may ultimately lose this round, but we've moved the ball down the court closer to the goal of exposing this murder by having a national conversation about it. Your support for 'Unplanned' premiere kick started this effort.
Give your member a call and either thank them (like Rep Mark Meadows) for their signature or urge them to sign onto this crucial petition. No baby who survives an abortion attempt should be left to die, this legislation would make sure a physician who denies care would be criminally punished.
You can also help by retweeting @Heritage_Action or @AshevilleTeaPty.
And ... Please don't forget what the NC Legislature is doing to #EndInfanticide and what other states have also accomplished. In case you missed it ... Support these bills.  Call your legislator!
Latest:  'Abortion survivors' bill passes with bipartisan support, vetoed by Cooper.
Charlotte abortion doctor:  "You rape them and bring them here."

2)  Our very own NC Commissioner Mike Causey is our hero.  He is the face of integrity He reminds those in office that they work for us.  We worked hard through three election cycles to get him elected and it was well worth it. It is our sincere hope that this is a wake up call that a complete change of leadership needs to happen at NCGOP.  It is critical to the success of 2020.  Get to the state convention and vote in two great principledconservatives -  Jim Womack for NCGOP Chair and Miriam Chu for NCGOP Vice Chair.  Don't sit on the side lines.
NCGOP Chair Robin Hayes Indicted on Bribery Charges and Lying to the FBI! Mike Causey, Our NC Insurance Commissioner and Republican, Did The Right Thing.
https://www.documentcloud.org/documents/5788183-Lindberg-indictment.html
Lindberg - Eli Global, had also apparently tried to influence former Ins. Commissioner, Wayne Goodwin (D). Goodwin who lost to Causey in 2016, went on to work for Eli Global and is presently the Chair of the NC Democrat party. This is not over. Hopefully, corrupt Democrats will also be indicted.
District Attorney Murray and the investigation - a big problem.  See here.

3)  Many of you came to Chris Gaubatz's presentation in February in Asheville and Hendersonville.  Seems CAIR, designated  terror group, ripped the  Asheville Daily Planet and ATP for Hosting Chris!   We ripped 'em right back. For the front page article and ATP's and Chris's response, read here. Back by Popular Demand:  Chris is back!  Myy 16th and 17th.
Video: Everything you need to know to combat this subversion.   Why I'm Anti-Islam here.

4)  On Wednesday March 20th, Henderson County Sheriff Griffin was given the opportunity to report on the 287g program in Henderson County at the Commissioners Meeting. He has been flirting with terminating it.
It is only fair and right and for the sake of transparency,  that the public has a chance to  hear from ICE about the 287g program and the ramifications of terminating this 10 year successful program that has kept us safe.
On March 26, 2019, after multiple phone calls, texts and emails to ICE and commissioners, we finally received word from Commissioners that an Immigration, Customs and Enforcement (ICE) agent was on the agenda for the 9AM April 17th, 2019 Henderson County Commissioners Meeting at the Historic Courthouse on Main Street.
4/17/2019:  On Monday, 4/15, I received an email that the ICE agent was 'postponed.'  A dozen of us showed up to the Commish meeting on 4/17 very disappointed and frankly, incredulous, as to why when the ICE agent only serves to bolster the position that continuing 287g is necessary for public safety.
This is good news for Henderson County.  Read Action Plan here. Please thank the Commissioners! 🙁
And ... Nine of us also have an appointment to meet with Sheriff Griffin on Tuesday, April 9th.

5)  Report from American Family Association:  Victory report!
" ...On Wednesday, Senate Republicans led the charge to reduce the 30 hours of debate for lower court and executive branch nominees to 2 hours. The Senate used the “nuclear option” to establish a simple majority vote on the motion to proceed. This motion previously required 60 votes, but the "nuclear option" changed that requirement and lowered it to 51 votes. ..."   Read More Trump judicial nominees to be confirmed...  This doesn't happen without you!
Why we need constitutional judges:  Beware Soros-Funded Hijacking of 2020 Census

Protect My Part B (medicare).  protectmypartB.org  Vital to support this!
This plan uses the European model to control pharmaceutical cost. It will deter research opportunities and also stop patients from being able to use experimental drugs.
Since we are all in this age group I thought you might be interested in the information.

6) And, last but not least ...
Remember when ATP, with the invaluable assistance of Voter Integrity Project, challenged the Buncombe Board of Elections to clean up the voter rolls and succeeded? There were more folks registered to vote than adults in the county. We then gave away our strategy to other counties who then did the same 'clean-up' campaign.  How many of you worked on the illegal alien notaries that Secretary of State Elaine Marshall certified?    Jay Delancy from VIP will be audio conferenced in at 7:30PM with very important updates.


Judicial Watch has arrived. Get to Tea Time 4/11 at 6PM at IHOP for the details!
From NC Saenator Chuck Edwards:  Protect My Vote Bill:  I thought you would be happy to know that the long awaited S250. Records of
Excusals for Jury Duty passed the Senate today, 4/11. It's now off to the House.

Apr 25, 2019 (Raleigh) Earlier today, the NC House Committee on Elections and Ethics Law passed a bill that would roll back restrictions placed on observers by out-of-control election officials, House Bill 369, by a 9-8 voice vote today, sending it back to the Rules Committee and a possible second reading on the House Floor.  Election Observer Bill of Rights 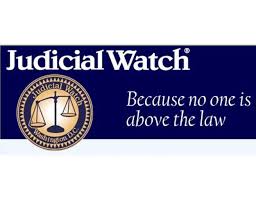 Please don't miss out.  See here or the many events and speakers coming our way!
And ... More good news ...
The US Economy Beat the Experts by Nearly 20,000 Jobs in March 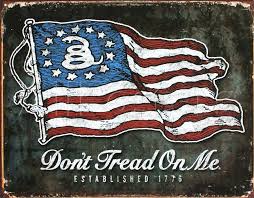 Help us to continue the fight to support great candidates like Mike Causey and Mark Meadows and to bring you relevant speakers like Chris Gaubatz to return in May,  Melody Clarke of Heritage Action for America  here in June, an Angel Mom in September, and Rep Mark Meadows and
2A warrior, Mark Robinson for We Read the Constitution Event in October.
We can't to this without your support.
On May 12th, we're giving away a $100 Gift Certificate for an item of your choice at Fruitful Seasons Pistol Packing gun shop.
in Hendersonville.
1927 Spartanburg Hwy, Unit 20Hendersonville, NC 28792