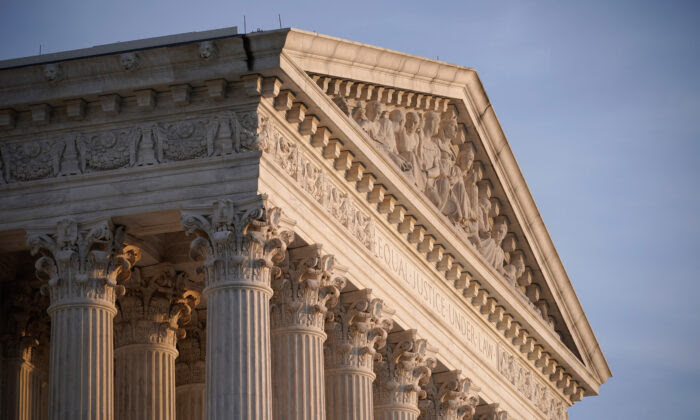 The U.S. Supreme Court on Friday scheduled several high-profile contest-of-election lawsuits, including ones brought by attorneys Sidney Powell and Lin Wood, and the Trump campaign, for consideration at its Feb. 19 conference.

All cases allege some form of unlawful election-related conduct affecting the result of the election, including expansion of mail-in balloting by elections officials changing rules in contravention of state election laws, lack of adequate security measures around mail ballots, issues with machine vote tabulation, and denial of meaningful access to poll watchers.

The Supreme Court declined to grant relief or fast-track the cases as requested in respective petitions filed ahead of the Jan. 20 inauguration of President Joe Biden.

Wood’s Georgia petition (pdf) asked the Supreme Court to “enter an emergency order instructing Respondents to de-certify the results of the General Election for the Office of the President.”

The Kelly petition (pdf) asked the court for an injunction “that prohibits the Executive-Respondents from taking official action to tabulate, compute, canvass, certify, or otherwise finalize the results of the Election.”

The Trump campaign suits similarly called for emergency injunctive relief in the form of expedited hearings and blocking certification of the electoral college votes for Biden.

Some of the lawyers in the cases said that seeing the challenges through is important as they could have an impact on long-term election fairness.

“Our legal issue remains important in need of the court’s review,” attorney John Eastman told the Washington Examiner, referring to Pennsylvania’s conduct during the 2020 election.

Greg Teufel, Kelly’s lawyer, told the Washington Examiner that the congressman has no intention of dropping the suit.

The Supreme Court has kept its distance from Trump’s election challenges. In December, it rejected a lawsuit filed by the Republican attorney general of Texas and backed by Trump seeking to decertify the election results in four states.

If, at the Feb. 19 conference, the Supreme Court decides to take up any of the election lawsuits, they most likely won’t be heard until October.

In a sweeping report on the integrity of the 2020 election, Trump adviser Peter Navarro concluded that the allegations of irregularities surrounding the vote in key battleground states were serious enough to warrant an urgent probe and substantial enough to potentially overturn the results.

“If these election irregularities are not fully investigated prior to Inauguration Day and thereby effectively allowed to stand, this nation runs the very real risk of never being able to have a fair presidential election again,” Navarro warned in his report.

There are still 20 active election fraud cases that could impact the results of 2020 presidential election; at least three are headed to the Supreme Court.

Anyone who believes a very weak, non campaigning candidate like Joe Biden,  got 25% more votes that The Great Obama did in 2012 is in serious need of mental care.

FYI- Here is someone's attempt to track all the legal cases resulting from the November election (some cases were filed prior to election day).  I'm sure that you who are lawyers can better find the official court sites for these cases, but this is a nice convenient site for us laypersons!